All cooped up and no place to go...

3 weeks ago, we got new chickens to replace the ones our dog had killed. Given that, i decided to build a better coop to keep the chickens safely enclosed, as before, we were rather trusting of nature to ensure the balance of respect amongst our free ranging animals, plus the old coop now had the vibe of death surrounding it. 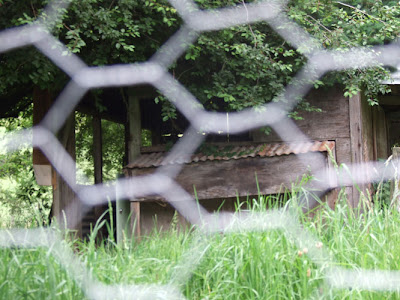 It was a close call as to giving the dog away, seeing as how i'm not a dog person, yet i've been landed with the responsibility of occupying most of her time. She didnt used to kill chickens but a few months ago my lady's uncle bought their mutt over and while we were chopping wood, the mutt shows our dog how to round up a hen, scare the fuck out of it and when bored with that game, grab it by the neck and chest, bite/thrash it around until it doesnt move anymore but lays still and bloody in a deathbed of its own feathers...not pretty

Since that time our chickenshit little bitch killed 5 hens, but left the cockerels alone cos apparently they will put up a fight, and being a border collie she was clever enough to hide the carcasses so i couldn't get all up in her face about it, but she's not so clever that she can hide the guilt and shame in her face. 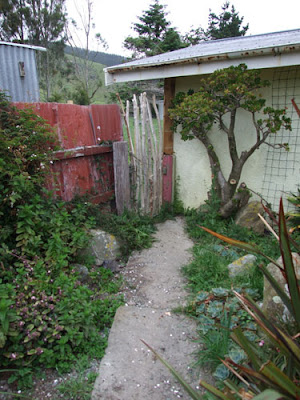 Having completed the job yesterday with some driftwood from the beach attached to the gate as the last bit of fencing in required and in honour of the hatching of 2 little chicks, i killed 3 out of the 4 cockerels, one of which is going to be in a risotto this evening...yummmm 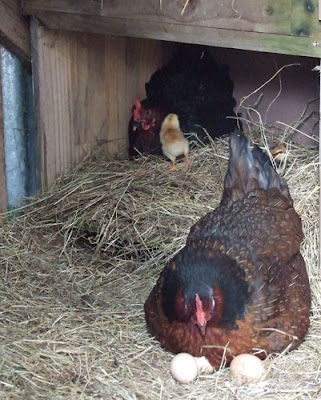 I'd been putting off killing them for ages but they arent much use for fuck all else. They just wander round the yard shitting everywhere and making too much noise in the wee small hours, not unlike our youngest but i think i'm gonna keep him, and the dog too :) 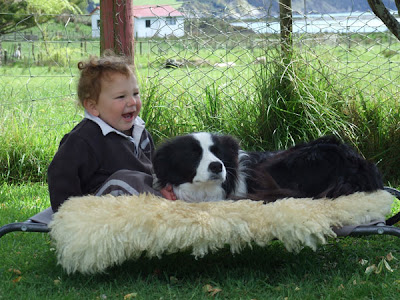 so for anyone wanting to know how to kill a chicken. i'd recommend this method. it's the weirdest thing feeling its head disengage from its neck.
Posted by pollywog at 1:32 PM

I've done that a few times. Never fun. I've twisted and pulled and thought: must be dead- threw him away, not an eater, and dammit, back in the morning.
I like the axe better now- so sure.
The real kicker was when I had to crawl into this little a-frame hen-house to get a couple of old biddies that my partner had left there for me to 'dispose of'.
The huddled at one end, so I had to crawl in. Cramped as fuck, I could hardly move. grabbed first hen, and twisted the neck. I was pretty determined it was going to work... no room to do it properly though, and I pulled its head right off.
So suddenly this headless body was climbing the wire, bouncing off everything, spraying blood like a monty python skit right in me eyes... and I couldn't move.
Dropped eventually... and I was crouched there, covered in blood, holding a chicken's head and the other one was looking at me in a very subdued way.

haha...thankfully i havent ripped ones head off yet.